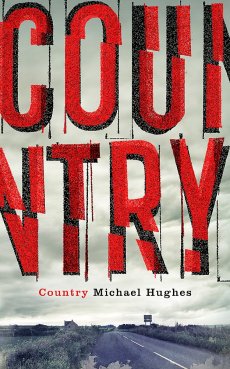 In Country, Michael Hughes transports the story of the Iliad and places it in Ireland in 1996 to tell a story about the Troubles. Simply put, it’s genius.

Despite its different setting to Homer’s tale, it is an incredibly literal re-telling. At one point I was actually concerned that Hughes was going to attempt to do the catalogue of ships, but thankfully he spared us that. Sorry, Homer, but Book 2 of the Iliad will always be a struggle. As well as keeping some of the names close to their originals (Achilles/Achill, Patroclus/Pat, Helen/Nellie, Hector/Henry) there were other delightful nods to the myth. The pub where the IRA congregate is called The Ships, the SAS base is called Illiam. Those little references brought a smile to my face.

The narration of this novel stands out as one of its strongest features. Hughes plays into the oral tradition and as I was reading I felt like our nameless narrator was telling me the tale in person. This aspect meant that it felt similar to how it feels to read the Iliad, albeit with a different tone. From the first page, you can tell that this re-telling is going to work:

Fury. Pure fury. The blood was up. Lost the head completely.
[…]
What was the start of it? The whole wrecking match, that sent so many strong souls roaring down to hell, dogs chewing up the guts ground into the road, birds pecking at the splattered bits of their brains. The way London wanted it to go. The way it always is.
Here’s what. Pig and Achill fell out. The OC and the trigger man. Bad, bad news.